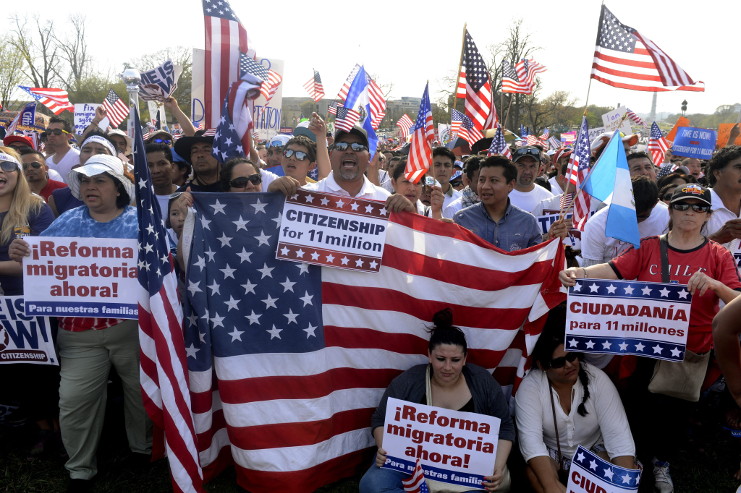 "Together, Mexican Americans and Mexicans illustrate the best of two great civilizations. With millenary roots, we represent one of the most important cultures of humanity. Our values, family strength and commitment to work have been fundamental to the construction of the United States as the great economic power of the 20th century. Together, we will soon be the largest ethnic identity in all of North America. "

For the 35 million people of Mexican descent who have built their homes and families in the United States, as well as for their nearly 60 million relatives living in Mexico, the birth of the Mexican American Association (AMA) is great news.

AMA is a civil organization. A “network of networks” that recognizes that historically, relations between U.S. and Mexico have not taken into account the interests of their people. Their interests have never been a priority, nor in Washington D.C. nor in the Cd-Mx, the capitals of two governments with a long history of war, prejudices and questionable business, but have almost never understood a binational reality built by migrants that defines the future of the two nations.

That is why AMA was born. Because the relationship between the United States and Mexico is too important to leave it in the hands of their respective governments.

“Together, Mexican Americans and Mexicans illustrate the best of two great civilizations. With millenary roots, we represent one of the most important cultures of humanity. Our values, family strength and commitment to work have been fundamental to the construction of the United States as the great economic power of the 20th century. Together, we will soon be the largest ethnic identity in all of North America. ”

In its first declaration, AMA-USA takes off with a point shared by dozens of civil organizations and valuable leaders committed to strengthening the potential of the Latin universe in the United States.

Confronted by a wave of hatred that, from the White House, tries to channel the disenchantment and the resentment of large social groups affected by the economic opening projects promoted by Washington in the last decades against the migrants, surely soon there will be many more partners joining AMA-USA.

There is certainly little that can be expected from a president who, as a candidate, needed just 90 seconds to start insulting the Mexicans. Much less can be expected from an administration that has as its favorite flag a failed strategy that is more than 2,000 years old: the construction of a “huge and great” border wall.

Judging by the statements made by the Mexican presidential candidates during their recent debate in the city of Tijuana, one cannot expect too much support from the south side of Mr. Trump’s imaginary wall.

It is clear that the real progress will not come by seizing part of those 29,000 million dollars sent by migrants to help their families in Mexico to finance border development (Rodríguez), with diplomatic formulas from the past (Meade), using migrants from Central America as a currency (Anaya) or converting the consular network into legal complaint offices (AMLO).

Fortunately, the vast majority of U.S.´s large cities make it clear that national security is strengthened by supporting immigrants and not by hunting them. Fortunately, the great economic actors recognize that this country was, is and will be built by the hands of immigrant workers.

“AMA is a citizen effort aimed at strengthening the ties between our people on both sides of the border, including, of course, organizations and individuals who recognize that, together, we are worth more”. Its agenda is the same as the main interests of the sum of its members. Their leadership is horizontal, inclusive and in constant search for solutions to our common problems. As expected, is non-partisan, non-profit and without ties to the governments of our countries.

In addition to defending the fundamental human values of all people, recognizing the great contributions of migrants to economic prosperity in both countries and valuing the enormous cultural wealth of both nations, AMA begins to work with the conviction that direct communication – be it physical or digital – among our own people, is the best way to strengthen our positions.