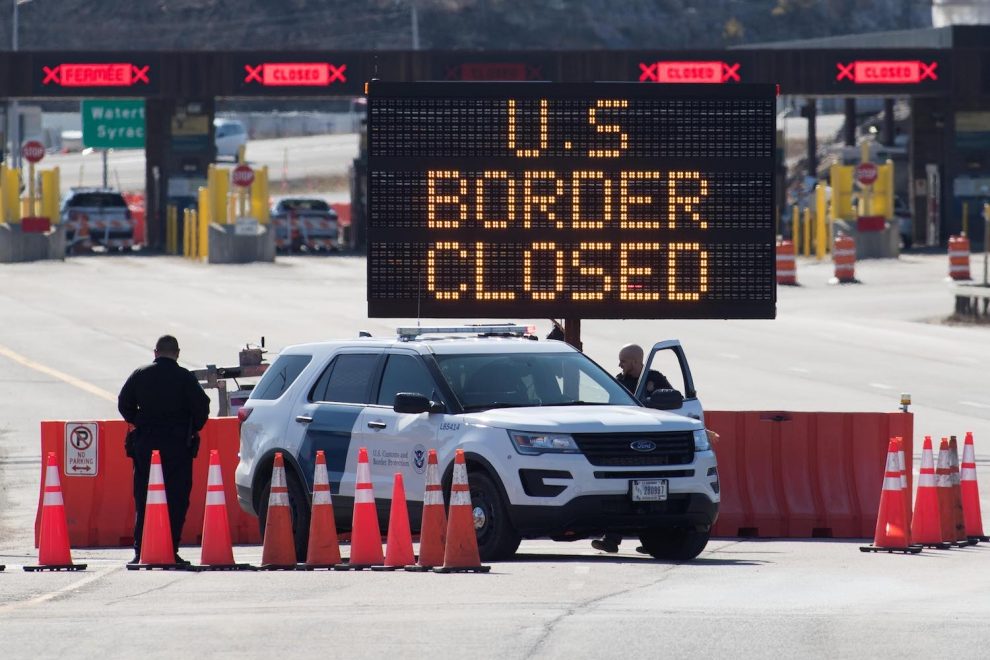 Beyond his misogynistic rudeness, his attempts to criminalize Islam, even over his ill-concealed racism, the president of the United States has in the construction of a wall all along the border with Mexico its greatest and, perhaps, more dangerous obsession.

Trump’s wall has become the favorite flag of a nationalist populism based on an aggressive economic protectionism and a clear isolationist position of the country that for more than a century led the expansion of democratic liberalism and business on a global scale. The worst of all is that this flag seems to respond perfectly to that gigantic wave of social discontent that has brought power to right-wing politicians in a large part of the planet.

Like the one in Berlin, Trump’s wall is, above all, a symbol. It is an effective way to incite hatred towards minorities. Thus, it was born, as the clearest image of a rhetoric according to which one of the most exploited and vulnerable segments of American society, the undocumented Mexican immigrants, were presented as “criminals” and “rapists”. The promise of a “great and beautiful wall” is in perfect harmony with the most primitive impulses of our species, tribalism, that quasi-biological tendency that defines the universe in terms of “us” against “them”.

Like the barbed-wire fences that have accompanied some of the worst expressions in the history of mankind – the “ethnic cleansing” – Trump’s wall is part of a kind of ideological poison that, from the digital pulpit of the Casa Blanca appeals all the time to another of the most powerful feelings, the fear of others.

The rudeness of declaring a “national emergency” as a maneuver to divert to the wall USD $ 8 billion from the federal disaster fund is a new failure of the president, as his Executive Order will be frozen in court. But let’s be clear, the problem is not money, not for a nation that spends USD $ 700 billion annually on its military apparatus. In fact, it is not about migration or insecurity – at historically low levels -, it is clear that the wall is an electoral flag, the same one that led him to win in 2016 fueling the fear of an imminent invasion of poor people and skin brunette, zombie-like, want to snatch their precious American dream.

After half a century in which economic globalization seemed as natural as the passage from summer to autumn (Tony Blair, 1992), populist nationalism rules in the United States, England, Brazil, Hungary, Poland, India, the Philippines, Russia and, of course, Mexico.

Of course, nationalism never left. After all, in the last two centuries it has been the main engine of wars. The sense of identity and coalition of interests that in its name sustains governments and institutions goes much further than that of an Olympic medals table and a World Cup. Like the two faces of the moon, there is also a good nationalism that is based on culture, a sense of community and even universal values. Of course that is not the nationalism that Trump’s wall represents.