Home » Trump, Year One:  No wall & Nafta alive
In political terms, the important electoral defeats of its candidates in various states could be the first sign of the rout of the elite of the Republican Party, to get as far as possible from this unfortunate character. If so, sooner rather than later, the theme of his impeachment could occupy the central scenario of this country.

An old Mexican saying goes like this: “dog that barks, does not bite”.

A year has passed, and the world survived the first year of Donald Trump as president of the second largest economy in the world and the main military power of our time. And although the damage done is huge, two of your favorite threats are still not coming true: The Free Trade Agreement with Mexico and Canada is still in force and its 2,000-mile border fence remains a bravado.

Of course, in this case, the Mexican saying is not enough to calm us down. In this case the beast keeps one finger on the button of nuclear annihilation, while, at the same time, he shoots rabid twitters against his neighbor from the south, whoever believes in gender equality, those trying to avoid the ecological apocalypse, whoever dares to revere a different god and anyone criticizing or even not looking nice at him.

President Trump came to the White House thanks to his talent as a celebrity and, above all, because he was crazy enough to uncover the famous Pandora’s Box. In this case the most obscure, selfish, violent feelings of a segment of American society. From there, racism, Nazism, hatred of immigrants, minorities and those who have less, has spread around the world.

The recount of his failures has been enormous. Without a wall yet, it has managed to isolate the United States from the vast majority of the members of the International Community. His rhetoric against China, Iran and North Korea, have focused on this last country, the weakest, one of the poorest and most discredited in the world. His repeated attempts for the United States to betray his original condition as a pro-immigrant nation, have also been stopped by the American judicial system itself. The same happens with his virulent rejection of the health system reform that Barack Obama pushed so hard.

Except for his only two “achievements” -a fiscal reform that will make even bigger the economic gap between the small group of characters and companies that have it all and the vast majority of people with increasing shortcomings-, and their permanent insults to the media of communication, with which he has managed to build a fake reality in which his followers take refuge (each day there are fewer), it is perfectly possible to think that his mandate has been a resounding failure.

Within the framework of his first anniversary as a tenant of the White House, proclaiming his repudiation of the “shithole countries”, describing himself as “a genius” and also, mentally “stable”, while the global social clamor describes him as racist and demented.

A little over a year after his inauguration – that image of his right arm extended, and his fist closed will not be forgotten soon – his government proposal can be defined with one word: backward movement.

And although 2017 can clearly be considered a bad year, some social reactions to the dangers that Trump represents are remarkable. First, the theme of women. In the face of the vulgar character who presumes his ability to grasp them “by the pussy”, the worldwide movement against sexual harassment is one of the most important challenges to that rebirth of the darkest forces in our history. Something similar has happened with the Dreamers, who continue to maintain enormous social support, despite the attempts of the Trump Administration to use them as business chips.

In political terms, the important electoral defeats of its candidates in various states could be the first sign of the rout of the elite of the Republican Party, to get as far as possible from this unfortunate character. If so, sooner rather than later, the theme of his impeachment could occupy the central scenario of this country. 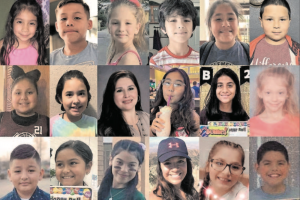 Is America a civilized nation? 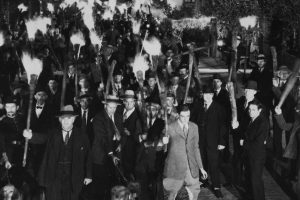