Home » The World without Trump

It will be a better world. That to start.

The fact that a clear majority of 75 million US citizens rejected it at the polls is, in itself, good news. That many more around the planet consider their political defeat as a kind of vindication of concepts such as “solidarity”, “tolerance” and “effort”, also deserves to be celebrated.

Yet fired and enraged, Donald Trump does not deserve to be forgotten. A celebrity star, swindler and professional provocateur, he had, if anything, one main merit: to demonstrate the fragility of a regime that for more than a century was proclaimed as the universal benchmark of democracies and prosperity.

Regarded as a kind of ghoulish joke just 5 years ago, the old man with the brightly colored toupees could well claim to invent the magic formula that transforms media scandals into political capital. First it was his crusade of lies against Barak Obama, then his sexist slogans – “I grab (women) by the pussy” – and his insults that uncovered the sewer of stale hatred towards Mexicans, Muslims and African Americans.

After Adolf Hitler and Benito Mussolini, Mr. Trump is probably one of the most successful characters who managed to open the legendary Pandora’s Box. Like those, he showed a brilliant talent in handling the dark arts of propaganda. Starting from a very primitive slogan “Make America Great Again”, he managed to articulate a populist, isolationist rhetoric and, in many ways, confronted with almost any expression other than the idealized version of the United States of his own childhood.

The remarkable fact that it represents that the democratic and institutional system that it tried to dismantle for 4 years has defeated it at the polls, fails to explain another central element of the “Trump era”: the almost 70 million people who voted for his re-election. .

Charismatic in his own way, The Donald spent decades building a character – himself – who represents a kind of caricature of a mega-achiever within a vision of the world that recognizes its most important values ​​in selfishness and greed. elevated. Few clearer expressions of savage capitalism than this man always surrounded by beautiful women, always in golden palaces from which he presumes his superiority over the laws and rules that “the others”, “the others”, are obliged to respect and follow . In the days of the golden calf, few pictures more appropriate than that of Mr. Trump and his “friends” dictators and tyrants around the world.

It is not by chance that a few twitts and hurtful phrases were enough to seize power from the great and historical figures of the Republican Party. Without a true conservative record, few characters further removed than he from the social base of evangelical Christianity that still constitutes the largest electoral segment in the United States. And yet he had the ability to appeal to the great fears and frustrations of many of them and, in particular, the white-skinned population with the least income and education in the country.

Which is not enough to explain the vertiginous growth of his leadership proposal, which has been replicated several times already around the planet. Donald Trump is, above all, a symptom of our time. Beyond his peculiar identity, his aesthetics of the new rich, his pose as an alpha dog in old age, the still tenant of the White House is the expression of a particularly turbulent moment in the order of power that seems to go hand in hand with various displacements , still unfinished, in the tectonic plates of the social fabric.

His disregard for the environment, his arrogant ignorance of science, his own racism, xenophobia and radical nationalism, seem to be much more expressions of an extreme pragmatism that follows a very sophisticated reading of the analytics of the global social media.

It is difficult to accept that the gigantic abyss suggested by the electoral map of the country has opened up in the United States on the issue of race, social class and cultural identity. Personally, I am reluctant to think that 48 percent of society suffers from the levels of racism, intolerance and fear that Mr. Trump’s political proposal represents.

It will be up to Joe Biden, a veteran of the “inside the Beltway” political grid, immersed in his character as a good-natured grandfather, to build the indispensable strategy of national reunification that restores the United States to its status as world leadership on environmental issues, combating the pandemic and economic growth. Or, to put it in the words of its predecessor, place the country “on the right side of history.” 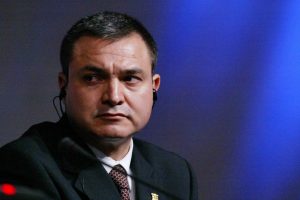 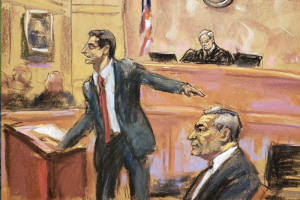 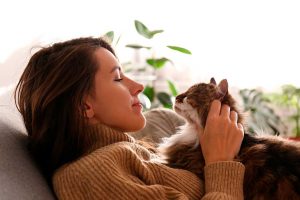