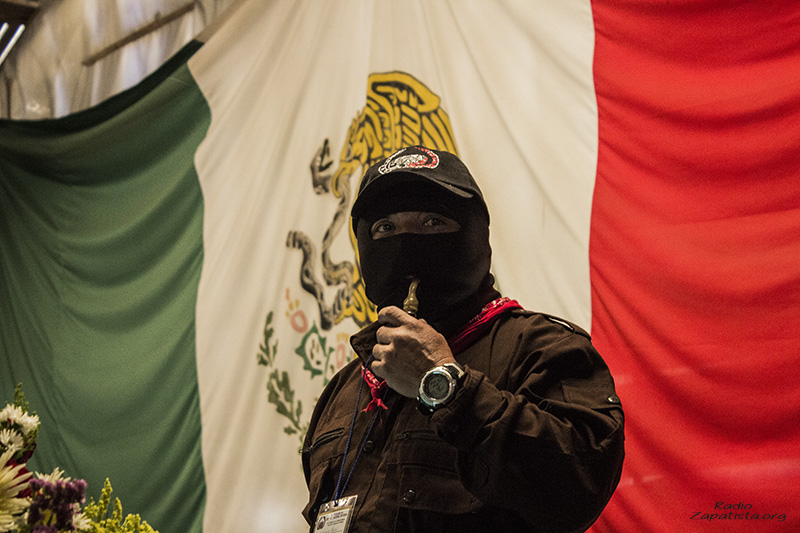 Covering his face with an ugly black mask and leading an army of indigenous rebels with no weapons, Sub-comandante Marcos was born with the new year celebrations of 1994 in the magic town of San Cristobal, Chiapas, southern estate of Mexico. A quarter of a century later, from that rebellious uprising we have a country that remains racist and does not even recognize itself as such, in which too many children continue to die of diseases related to extreme poverty. From the first social revolt after the Cold War surged a powerful will against economic globalization and, from that, we have now a world with plenty of populist, authoritarian and extreme rightist rulers. However, the history of the EZLN and its protagonists could hardly be considered as concluded.

Probably Subcomandante Marcos is already a grumpy old man who takes refuge in poetry and bohemian waiting for their next meeting, somewhere in the Lacandon Heaven, with Samuel Ruiz, Manuel Camacho, Commander Ramona, the infamous commander Germán and all his old enemies as “Doctor Z” and even his favorite villain, Mr.Chupacabras himself.

Although the Zapatista conflict has been forgotten by most of the new generations, there are some lessons to be learn from that crucial moment of Mexican history, among them the fragility and obsolescence of the propaganda apparatus of the State, as well as the intellectual poverty of our tropical intelligentsia.

The Zapatistas are only “the wreckage” of the Marxist-Leninist thought that had collapsed along with the Berlin Wall just five years ago, said the winner Octavio Paz in those days. Sub-comandante Marcos is not an important member of the EZLN structure, established then the beloved journalist Carlos Monsiváis and professor Jorge Castañeda, an expert on Latin American revolutions.

Remember what was said and what was published at that time forced the most severe self-criticism. From that header to eight columns that reported an aerial bombardment a few kilometers from the capital of Chiapas, to the large number of international conspiracies about who were behind the uprising. The very news character of the first Declaration of the Lacandona Jungle is, at a distance, a very difficult subject to understand, since the presence of a guerrilla in the south of the country was already a well-known issue and even published long ago.

At 25 years old, the images that remain in memory are few: the fake photos about the dead Zapatista soldiers and their wooden rifles, the photo of Manuel Camacho holding the national flag that Sub-comandante Marcos raised from the pulpit in the cathedral, the photos from an anonymous spokesperson of the PGR (who would later enter Los Pinosas a brother-in-law) revealing to the world “the true identity” of the supposed guerrilla fighter, or those of the UNAM esplanade full of young fellows, as never before, to listen to the own Marcos.

Was all of that worthy? Surely it is possible to escape in the game of statistics or behind the ideology of the moment. Or maybe it is enough to walk around the corridors of the municipal market of San Cristóbal to see what kind of food is being sell and buy there 25 years later or visit the long-abandoned clinic in San Andrés Larrainzar, heart of the Zapatista territory to try some personal conclusion. In any case after a quarter of a century, now most Mexicans say “Chiapas” and not “Chapas.”