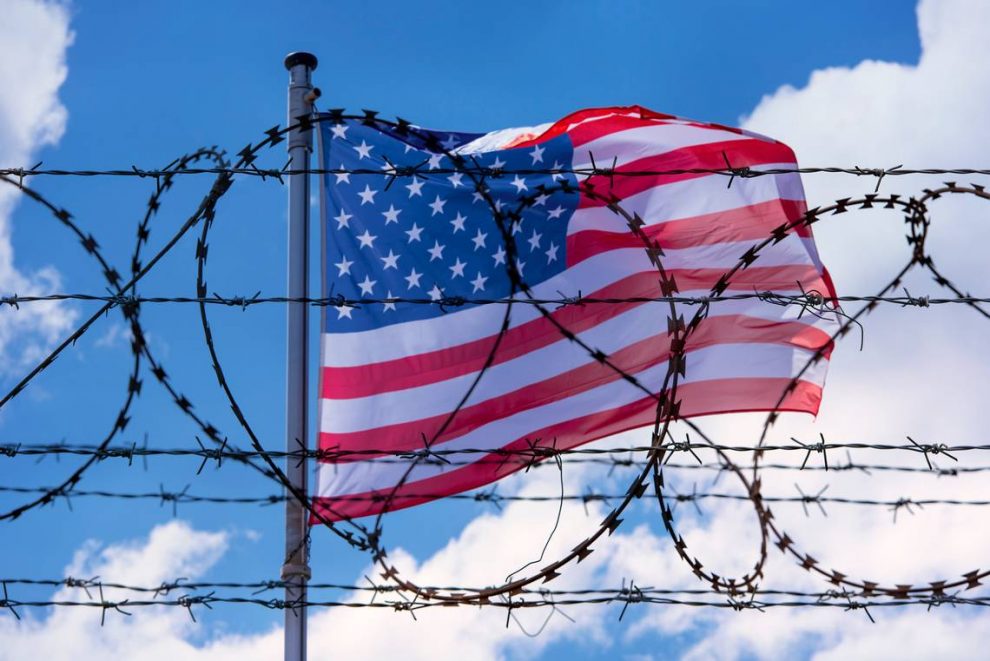 At least since the war of 1846-47 when U.S. troops invaded Mexico in order to achieve the largest expansion of territory in the United States history, the 2,000 miles of parched soil between both counties has not known so much risks and dangers. Not even in the times of the Mexican Revolution and The Alamo episode, not even when Nazi Germany tried to infiltrate its submarines and ships from the south. Neither during the hot times of the 80’s and 90’s when the favorite route to import tons of pot and cocaine was flying over the skies of both nations.

For very long, the border region has been ignored and disrespected by the political elite in Washington D.C. and Mexico D.F. as well. Kind-of a dysfunctional community that together share the two sides of the river –Rio Bravo/Rio Grande–, the border people have much more in common among them, than whatever agenda their respective capital push for. The border always has been dangerous and frequently the most transited in the world. Forever, their cities and towns has been a gray area to trade all kind of products –licit and illicit— from one side to the other. People included. In fact, for a long time in the Mexican-American border have died more persons than in the Israeli-Palestinian conflict. Even now that has been almost a decade with a negative migration rate of Mexicans to the north, the drums of racism and hate can be easily find all over there.

Few places on earth more different and more integrated than the Tijuana-San Diego region. Source of all kind of pleasures for the U.S. marines at its Naval base just across the line, legal but unreachable drugs for many generations of elder people, cheap jobs for many industries, huge luxury market for more than enough of wealthy Mexicans –from the political elite to the Arellano Felix family–, the border there has become a symbol of the kind of universes you can find in today’s world: the green, rich and peaceful north and the deserted, poor and dangerous south.

Violence and dramatic contrasts are neither something new over the border. The old tale goes like this, “without the drugs appetite/supply of alcohol & drugs… without the appetite/supply of guns of all kind…”. In other words, without each other none of them would be there. For starters, because the whole California once was part of Mexico. Also, because, nowadays, the largest minority over there are people with Mexican blood running in their veins. Not by chance Latinos constitute 40 per cent of the population in the sixth largest economy in the world.

Therefore, conflict is not any kind of surprise for the border people. What they have now that didn’t have before is something really simple: president Trump and president Obrador. The role of these two charismatic and populist leaders constitutes a huge and special risk for the 15 million people that have settle there. Beyond the political game of many players that may be behind the Caravana Migrante of thousands of persons coming, mostly from Honduras, Nicaragua and El Salvador and the dramatic crisis of life-or-death that the journey represents for them, the probable collision of the rhetoric of both presidents constitutes a major danger for all. Unless of course, the two pragmatic characters find a way to obtain gains lowering down the volume of the crisis at least a couple of notches. And in this specific case gains means just that: money. Money for his wall and money for a kind-of-Marshall plan for Central America.