Home » Mexico as a “migratory camp”

With 130 million inhabitants and a territory of 2 million square kilometers, Mexico could become a “migratory camp”. The warning does not come from Donald Trump or some obscure extreme right force, but from President Andrés Manuel López Obrador himself.

Victims of wars of extermination, climate change, poverty, social decomposition, and other catastrophes, about 4 million human beings have had to find refuge in one of the large refugee camps maintained by the United Nations around the world. Kakuma, Hagadera, Dagahaley and Ifo, in Kenya, are the largest in the world. In Jordan, Tanzania, South Sudan, Ethiopia and Pakistan these types of canvas cities have also been erected in which the water arrives in drops and the food in crusts.

Global challenge and main excuse for the hate and discrimination ideologies of our time, migration has almost always been a central issue in the relationship between Mexico and the United States. However, in recent years, the deterioration and lurching in the handling of the issue have reached extreme levels. On the Mexican side, it is difficult to imagine a more unfortunate handling.

“We must address the fund, first; we do not want Mexico to be a migrant camp,” the response of the Mexican president during a press conference in mid-September in which he was questioned about his request for the United States government to finance the camps in which a small part of the little more than 200 thousand migrants are held each month in Mexican territory: either on the border with Guatemala, or on the other side of the country, a few steps from the entrance to the United States.

The central fact is that, as of June 2019, when Donald Trump forced the Mexican government to send several tens of thousands of soldiers to stop the migrant caravans that came, above all, from Central America, the phenomenon has not stopped growing.

Academically, surely the Mexican president is right when he points out:

In the same logic – very similar to that of hugs and not bullets – his initial rhetoric was about opening the doors of Mexico to migratory flows and promoting productive projects in the countries of origin, so that People are not forced to leave their home country, apart from the simple discourse, in the world of political and economic reality there is very little that can be advanced on that track.

The fact is that migration is a global issue and that, despite the nativist and xenophobic waves, it continues and will continue to grow in various regions of the planet.

Of the little more than 210,000 people without legal immigration documents registered each month by Mexican authorities, about 30 percent are Mexican. This represents the first great change: for more than a decade, more Mexicans returned to the south than tried to go to “the other side.” For multiple reasons, this is no longer the case.

The largest group, 40 percent of the total, is made up of Hondurans, Salvadorans, Guatemalans, and Nicaraguans who are trying to escape the devastation of true “failed states” that they face in their countries of origin. It is even possible to assess that more than economic migrants, they are refugees fleeing criminal violence. Much more like Syrian and Iraqi refugees crossing the Mediterranean to Europe than traditional economic migration in those same countries.

The other 30 percent corresponds to what the Mexican government labels with a diffuse label of “other”, which today refers to the growing land migration from Brazil, Cuba and Venezuela, to the relatively few cases of people coming from East Asia and Africa. And, of course, the Haitians. The most visible group and, in several senses, the most serious, since that half-island that is their country of origin is one of the most complete examples of international failure.

It is in this context that the Mexican president has gone from an open-door sermon with which he came to power in 2018 to the use of military force to “rescue” those who risk their lives in an adventure that is almost always forced by the need and the illusion of a better life.

Nation made up of more than 165 million people -130 living within the  territory and 35 with Mexican cultural identity localized  inside the United States-, Mexico confronts a double challenge:

First, the incongruity of a government that denies migrants who come from the south the same as it claims for its migrants who go “north.”

And second, the example of prosperity achieved by the universe of Mexican Americans who, with their remittances, have built one of the most powerful social protection networks that the country has today. This, despite the great immigration reform that has been waiting to happen for at least 20 years.

The statement of President Obrador, – “We do not want Mexico to be a migrant camp” – is a brutal wake-up call, either because it reveals a peculiar vision that the National Palace has about the Mexican future, or because of the scope rhetoricians typical of the “personal style of governing” of the President of the Republic. 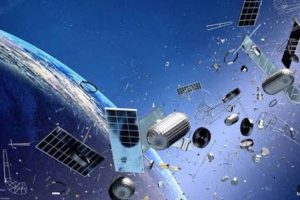 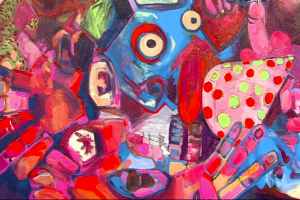 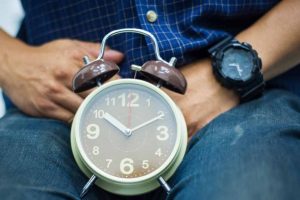